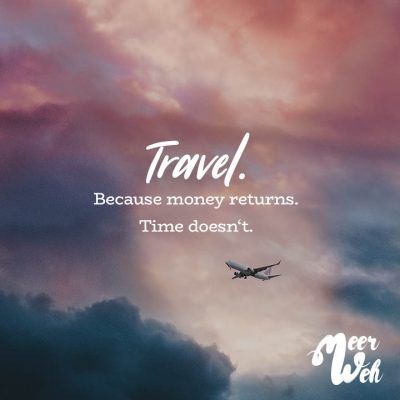 He would never ever dream of wasting his money to line those “capitalist” travel insurance company’s pockets by buying even a cheap travel insurance policy – no way! That’s for his Mum and Dad; old Beryl from next door who spends a week in Tenerife every year on (and sometimes off!) her mobility scooter; and those unoriginal wimps that go on cliched package tours. Travel insurance is for tourists, not for him – the adventurer… the Backpacker!
Yes, we’ve all met him – but how many of us meet him six months after his holiday; insurance now a word burned like a brand into his regretful heart. Chastened, broke, stressed out and sorrowful, he spends his days not bragging of his travelling adventures, but moaning of his travelling disasters. Travel insurance – he coulda, he shoulda, he woulda. Trouble is – he didn’t.
Things went bad about three days into his trip when he landed in Bangkok on a stopover to India. He decided to book a short flight up to Chang Mai for a couple of nights to see the sights. On his last night he ran into a couple of Aussie guys in a bar, and so started a pretty heavy night on the tiles. The next day, his flight (and many others!) went without him as he slept peacefully in a rice paddy field. Waking up at sunset, he had to shell out for another (very expensive) flight to try to get back to Bangkok to catch his connection to India. He didn’t make it and had to purchase a new (extremely expensive) flight for that leg of his journey. Story number one – “Travel insurance would have covered that”.
Arriving in India, our hero put the disaster of his extra cash outlay behind him. After all, he’d save heaps in India because it was so cheap. Leaving the airport in Delhi he got a taxi to a cheap hotel recommended by the driver, dumped his bag, grabbed his camera and iPod, and set off to explore the city. Arriving back six hours later, he pushed open the door to his room to find it had been ransacked, and all his clothes, toiletries and most disappointingly his two-week’s-wages North Face hiking boots had gone. Being a trooper, he took a long slug of water from the bathroom tap and resolved to keep his chin up. Story number two – “Even cheap travel insurance would have covered that”
Arriving in New York three weeks later, our young explorer (feet akin to tractor tyres from hiking barefoot around Southern India) looked forward to immersing himself in the delights of the city that never slept. He felt sure his luck was beginning to change. Celebrating with a cold beer under the shadow of the Empire State, he felt that finally he could begin to reminisce upon his travels without a bitter bile rising to his throat, when suddenly he began to feel very, very, very ill… Two weeks later with a stern warning from the doctors that his Giardia may reoccur sporadically throughout his life, he was discharged from hospital with shaky legs and a medical bill resembling a division one lottery win.
Story number three – “Yes, you guessed it – holiday insurance would have paid for that.”
After this last calamity, our unfortunate fellow immediately cancelled the rest of his world tour and returned home, (with an extra charge on his ticket for the changes) to recuperate at his parents’ house. Unfortunately he had to look after himself as they were both off on their package holiday to Tenerife with Beryl having a wonderful time – fully covered by their travel insurance.